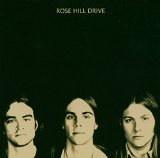 I like surprises. On Tuesday night, my friend Tom Higley took me and Jason to Rose Hill Drive’s CD release party at the Fox Theatre in Boulder, returning the favor after we brought him to the Steely Dan show a few weeks ago. I’d never even heard of the band before (they are homegrown in Boulder, and their name comes from a street in the city) and they just blew me away. This power trio has a totally authentic vintage sound, thanks to the Vox and Ampeg amps, a Rickenbacker bass and a sunburst Les Paul, with shades of Black Sabbath, Deep Purple and early Led Zeppelin in evidence.

While paying homage to this early hard rock and proto-metal sound, they also manage to interpret it all through a modern lens: they’ve got a tight (and even funky) modern groove sensibility and sound that is ultimately unique and non-derivative. I love it when a band’s musical DNA is totally identifiable, yet the resulting sound is something new and fresh through the alchemy of mixing and mutating influences from previous eras. And these guys put on a powerful, high-energy show. Download the album or pick up the CD. And if you have a chance to catch them live, you won’t be disappointed.